This page represents most of our collection of original Antique prints of Central and Eastern Africa. Please click on an image to see it in high-resolution with details of the work itself.  For enquiries and purchases, please do contact us. 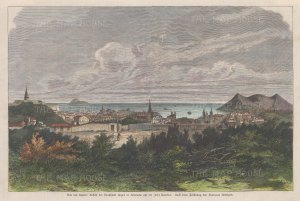 Crossing the Equatorial Line: A view of the naval ritual for Neptune, god of the seas.

Eritrea: Massawa. View of the Red Sea port on the Gulf of Zula. Abyssinian Expedition. 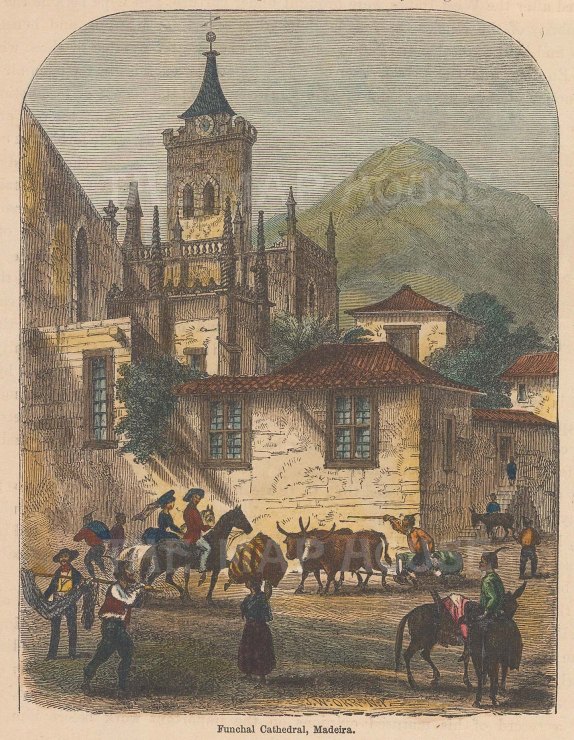 Chad: Lancer of the Sultan of Begharmi. 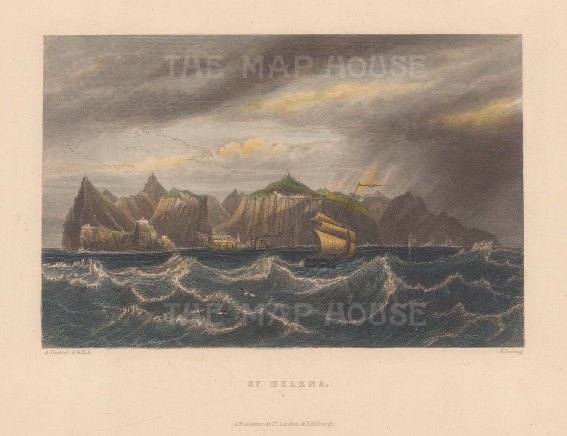 Canary Islands. Tenerife. Eight views including panoramas of the peak and street views at Ferro, Puerto de Oratava and Laguna.

Canary Islands: Tenerife. Festival of St. Antony at the chapel of San Antonio.

Chad: Body Guard of the Sheikh of Bornou. 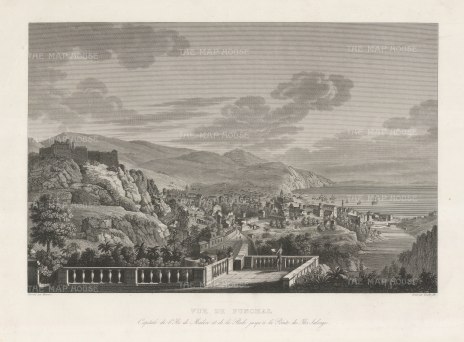 Madeira: Funchal. Panoramic view of the port, occupied by the British during the Napoleonic Wars, and returned to Portugal in 1814. 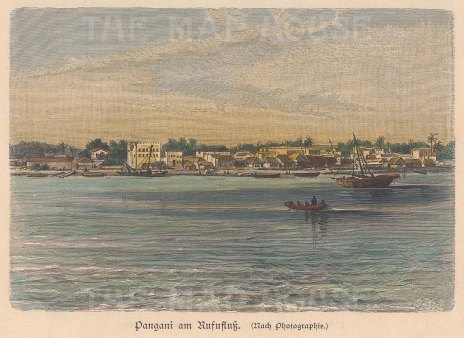 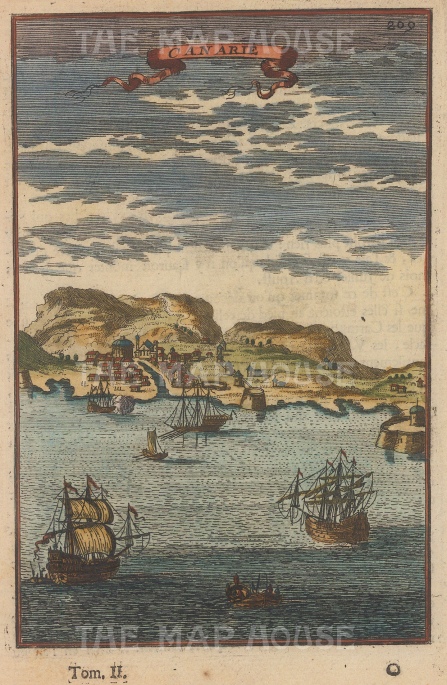 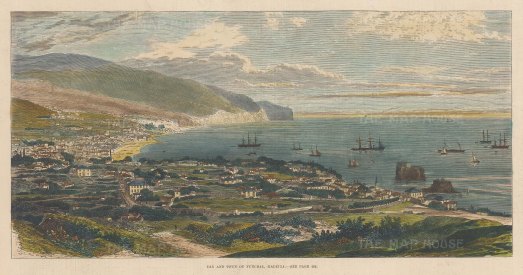 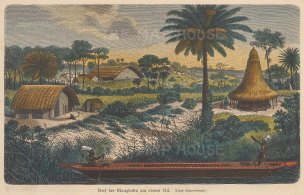 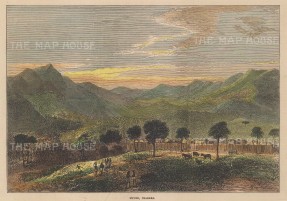 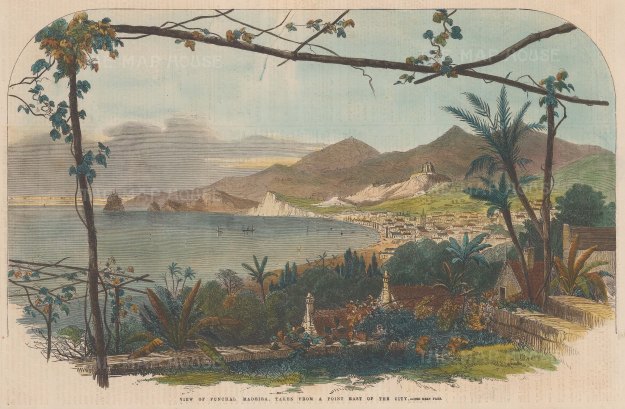 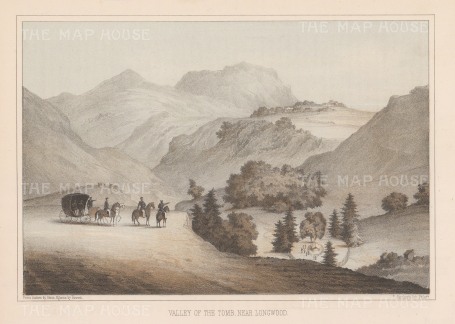 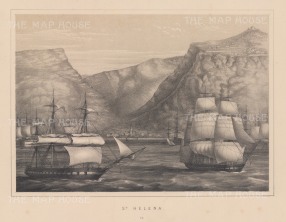 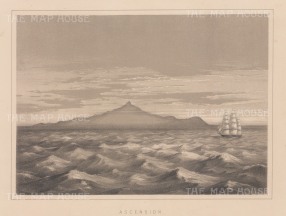 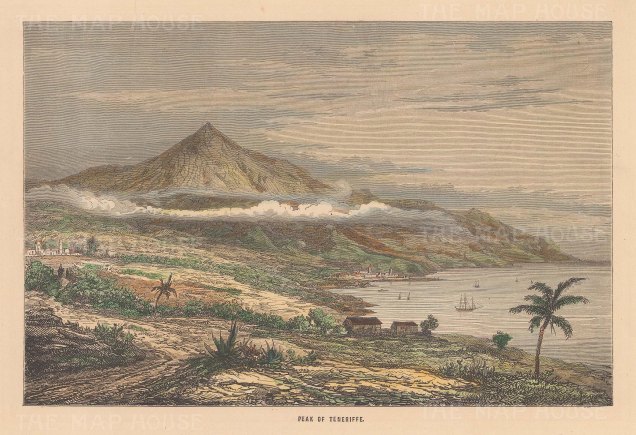 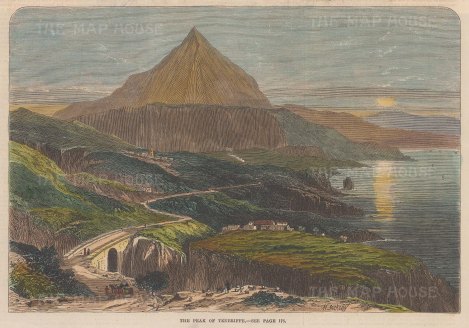 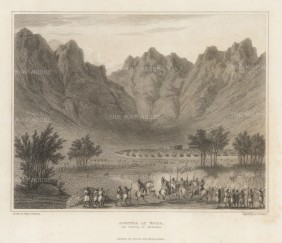 Azores: Tercera. Panorama of the harbour of Angra and the Portuguese fort of San Sebastian, based upon Johann Theodore de Bry’s view of 1601. 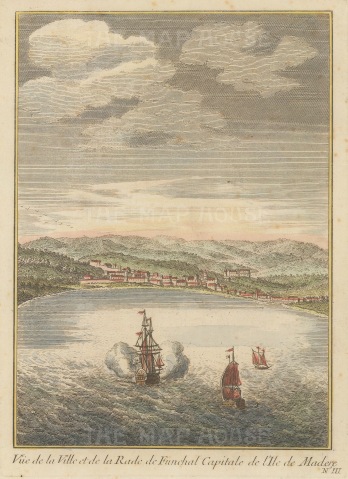 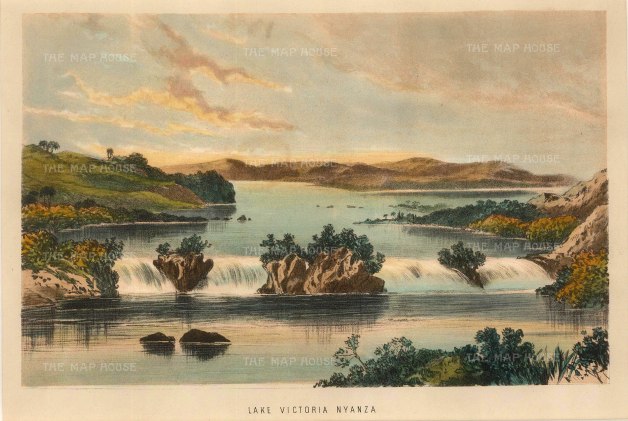 Tanzania: Kilimanjaro. View of the summit after Rev. New of Henry Stanley’s expedition.

St. Helena: Panoramic view of the port controlled by the English East India Company from 1658 to 1814. 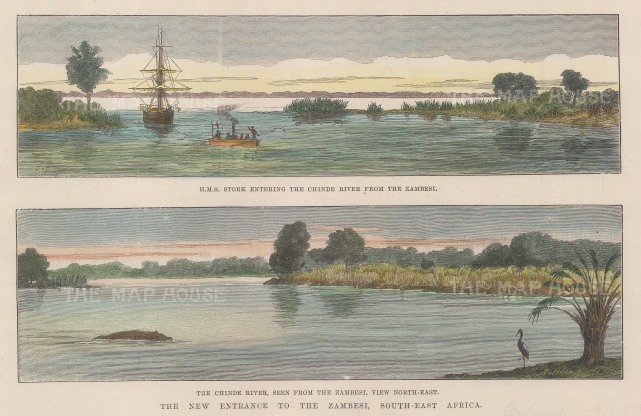 Canary Islands: Tenerife, Nine views to include a panorama of the peak, views of Santa Cruz, Anaga Point and a miniature map. 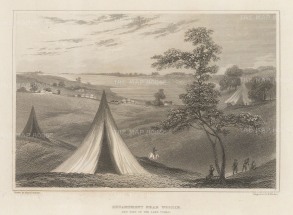 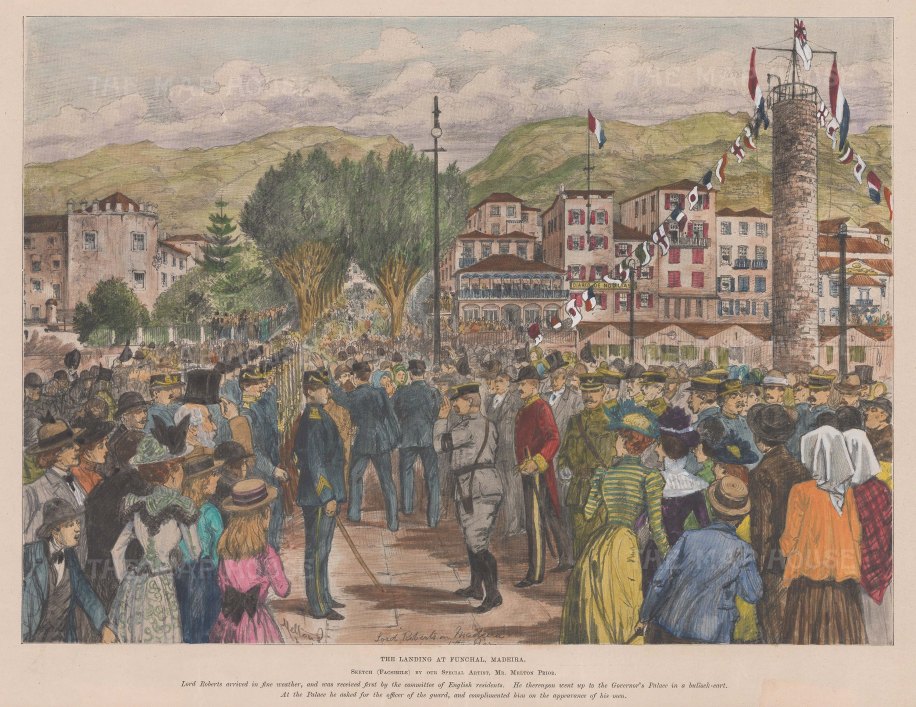