This page represents only a small part of our collection of original Antique prints of Alaska and Hawaii. Please click on an image to see it in high-resolution, with details of the work itself.  For enquiries and purchases, please do contact us. 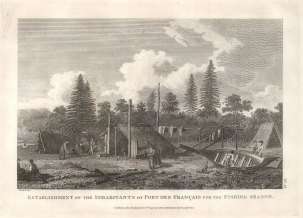 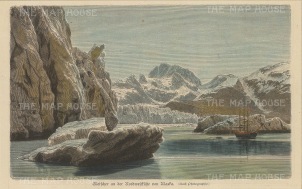 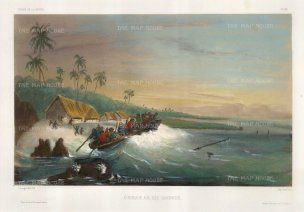 Boat grounding off the coast by a village. After Barthelemy Lauvergne, artist on the voyage of La Bonite 1836-7.

Honolulu: View towards the Pacific.

Port des Francais (Lituya Bay): Wreck of two rowboats from the La Perouse expedition which capsized in the inlet.

Kealakekua Bay: Monument to Captain Cook on the spot where he was killed in 1779: After Theodore-Auguste Fisquet, artist on the voyage of La Bonite 1836-7.

Kauai: View on the coast of Waimea. 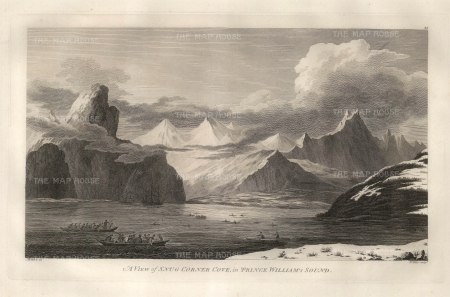 Prince William’s Sound: A view of Snug Corner Cove with the Resolution and Discovery at anchor. After John Webber, artist on the Third Voyage.

Kealakekua Bay: An offering before Captain Cook as the incarnation of the god Lono. After John Webber, artist on the Third Voyage.

Atooi (Kauai): An Inland view of a trading post. After John Webber, artist on the Third Voyage.