This page represents most of our collection of original Antique prints of Indonesia. Please click on an image to see it in high-resolution, with details of the work itself.  For enquiries and purchases, please do contact us. 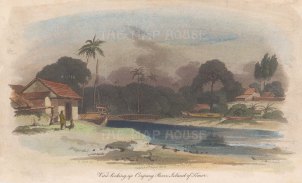 Timor: View near Kupang on the Koinino River. 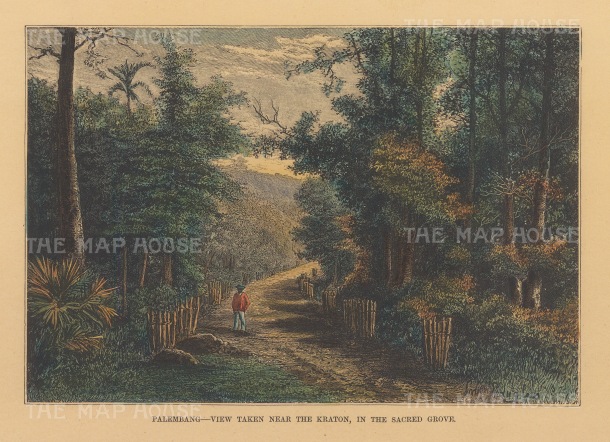 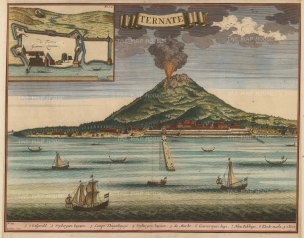 Molluccas: Ternate. View of the mount erupting with inset plan of the fort founded in 1522 by the Portuguese governor Antonio de Brito.

Moluccas: Ambon Island. Portait of an islander prepared for war. 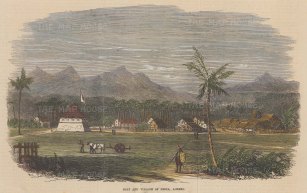 Java: Batavia (Jakarta). Bird’s eye view from the Bay of Jakarta over the Dutch settlement. 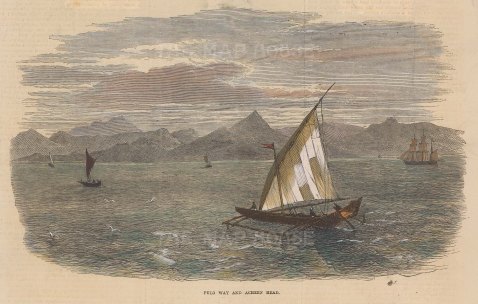 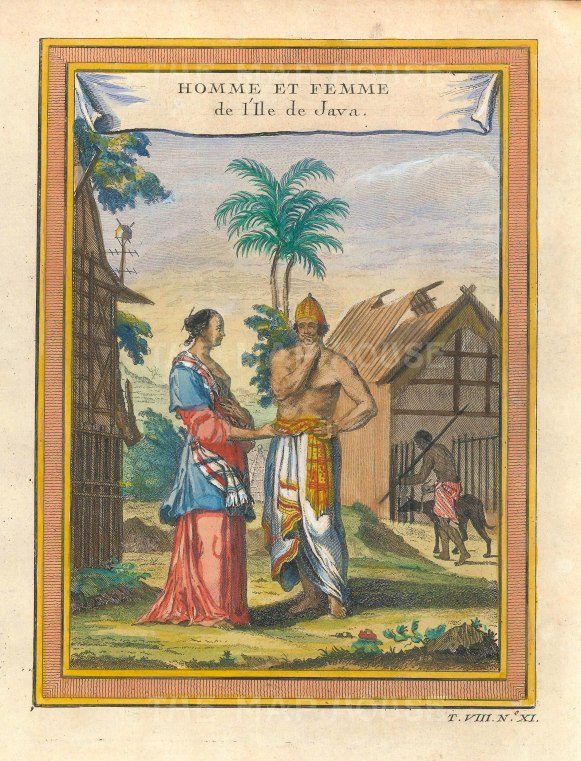 Java: Portrait of a lady and gentleman in traditional dress.

Java: Banjowangui (Banyuwangi): Former capital of the Hindu Blambangan kingdom looking towards the Ijen volcano range. After Lavergne Barthlemy, artist on the voyage of La Favorite 1829-32.

Java: Bantam (Banten). Panorama of the city with galleons in the bay (possibly depicting the 1601 Dutch victory over the Portuguese). The most important port for the spice trade until the late 18th century when its harbour silted up.

Moluccas: Scene in the Spice Islands of natives playing the Rabana and dancing. 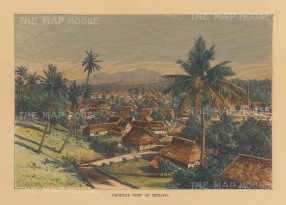 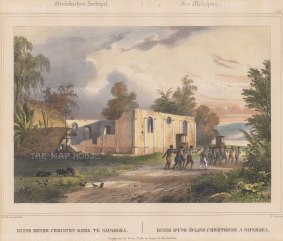 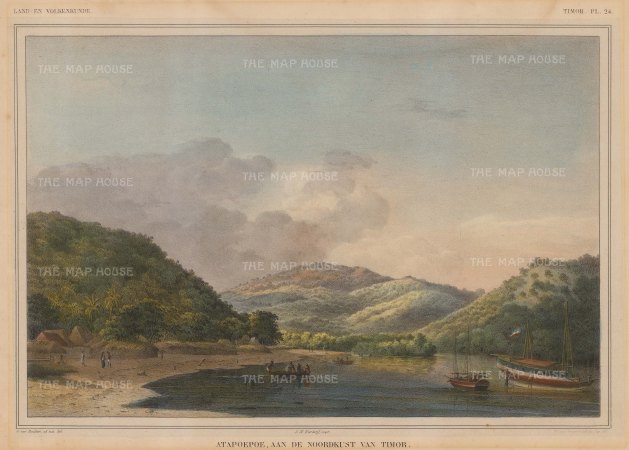 Banda Island: Plan of Fort Nassau centre of the Dutch nutmeg trade from 1609.

Moluccas: Amboyna. Panoramic view over the harbour and bay.

The boat of the Chief of Gebe Island. 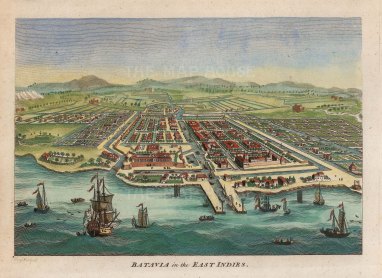 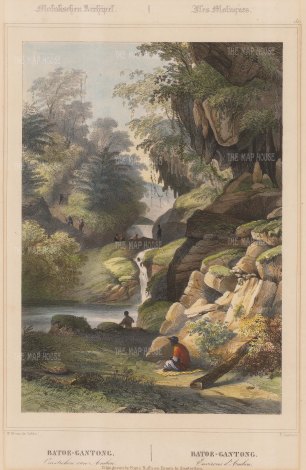 Molluccas: Ambon Island. The waterfall at Batu Gantong on the outskirts of the port of Ambon.

Java: Straits of Sunda from the direction of Anjer.

Molluccas: Ambon Island, Batu Gajah valley on the outskirts of the port of Ambon.

Java: Batavia (Jakarta). View of the Dutch settlement and galleons in the Bay.