The elegant forms and brilliant colours of Jules Cheret’s advertisements became one of the most admired and iconic of Parisian art, immortalizing the ebullient days of the Belle Epoque before the First World War changed the spirit of Europe forever. It is really to Cheret that posterity owes the concept of the advertising poster as an art form.

Previously posters for street advertising had been conceived almost entirely in terms of lettering. Cheret’s revolutionary idea was that the impact should be made through pictorial imagery printed in colour lithography. At first Cheret could find no one to back his idea until he met the perfumier Eugene Rimmel in London.  Rimmel was attracted by Cheret’s idea, the style of his art and his enthusiasm, and decided to fund him to establish a colour lithographic printing studio in Paris with a press large enough to create the wall-scale images.  The Atelier Cheret, which soon took on the name of Imprimerie Chaix, became one of the most important poster studios of the late nineteenth century in Paris.

When Cheret established his poster studio in the 1870’s, his studies of fashionable girls soon became a familiar and much admired aspect of the streets of Paris. Known as Cherettes, elegant, exuberant and often daring, these figures influenced an entire generation of women who previously had been limited to two dimensional representations – puritan or prostitute.

Although Cheret’s first lithographs were for street wall posters, he quickly adapted his work to the smaller format of posters for café interiors. Les Affiches Illustrés consisted of a selection of some of the most important of Cheret’s posters by some of Paris’s most influential artists.  Printed by the artist in 1896, it effectively serves as a retrospective of his oeuvre. In the following year, Cheret produced Les Affiches étrangères illustrées showcasing poster art from around the world.

Please click on an image to see it in high-resolution with details of the work itself. For the full list of original antique Cheret posters available,  please do contact us. 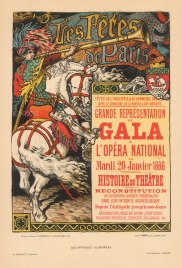 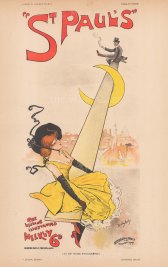 St Paul’s: Cover by Dudley Hardy for the illustrated weekly. 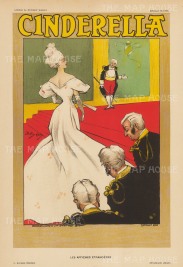 Cinderella: Advertisement for the Drury Lane pantomime by Dudley Hardey, a pioneer of the ‘artistic poster’ which was seen to elevate the genre. 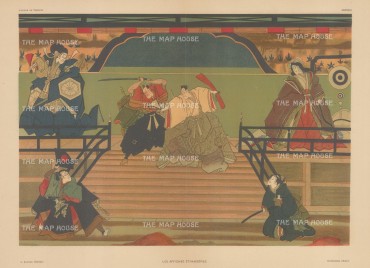 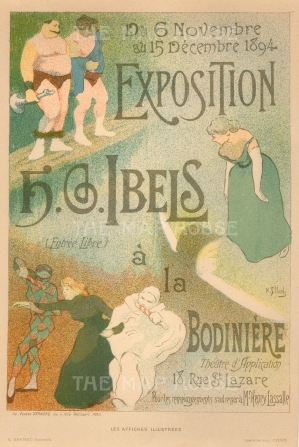 Henri-Gabriel Ibels: Poster for the artist’s expostion at la Bodiniere. Ibels was a member of Les Nabis (The Prophets), an influential group of Avant Garde artists. 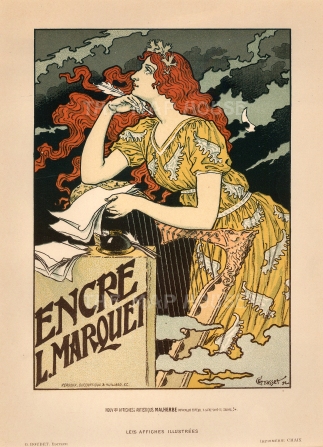 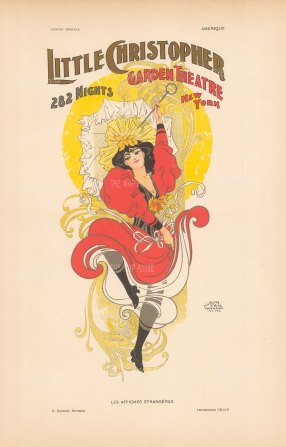 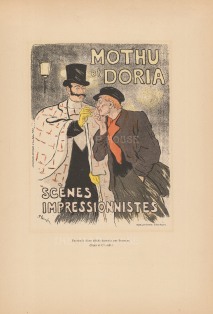 Mothu et Doria: Advertisement for the two singers by Théophile-Alexandre Steinlen, an artist of the Montmartre circle. 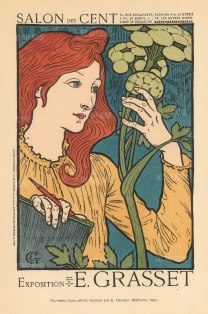 Salon des Cent: Exposition of Eugene Grasset, one of the great innovators of Art Nouveau design. 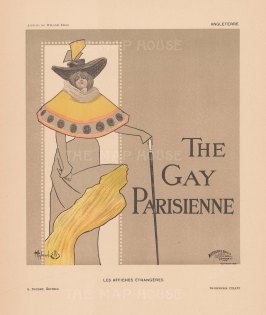 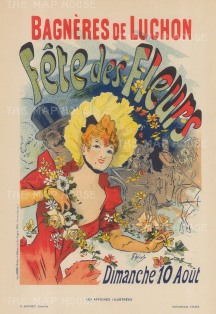 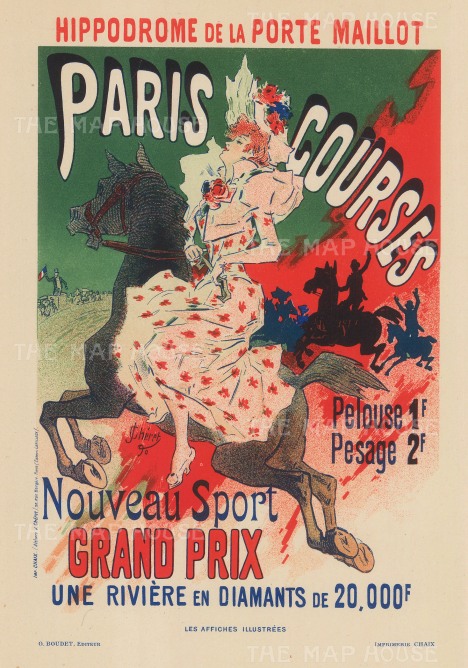 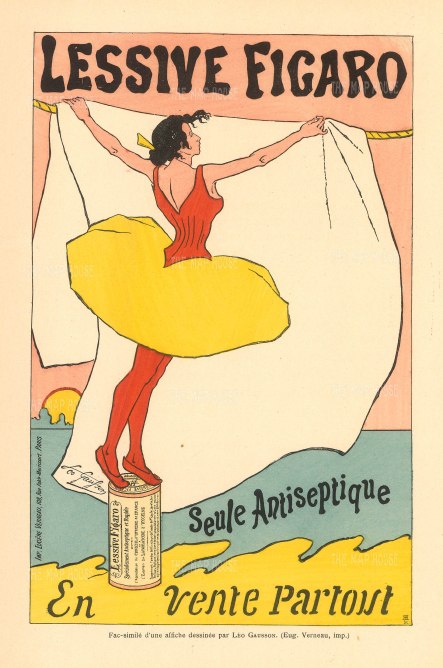 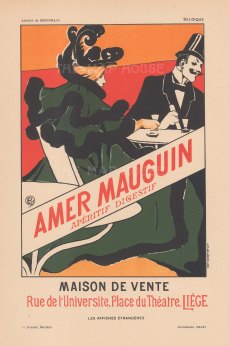 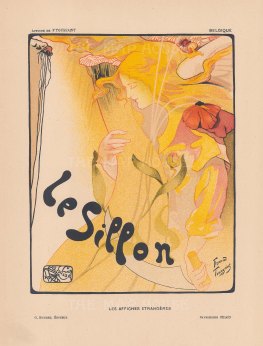 Le Sillon: Advertisement for an exhibition by the artists’ group Le Sillon. After Fernand Toussaint. 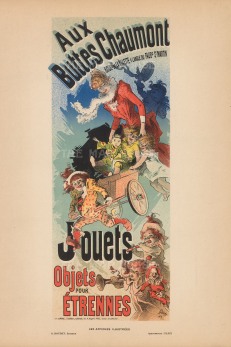 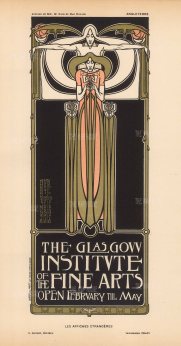 Glasgow Institute of the Fine Arts: Designed by Herbert McNair, Margaret and Francis MacDonald, who with Charles Rennie MacIntosh were known as ‘The Four’ of Scottish Art Nouveau. 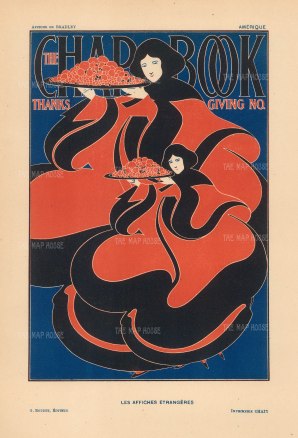 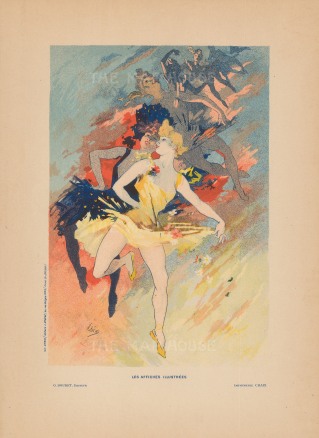 Dance: Part of the ‘Four Arts’ experimental series by Cheret. 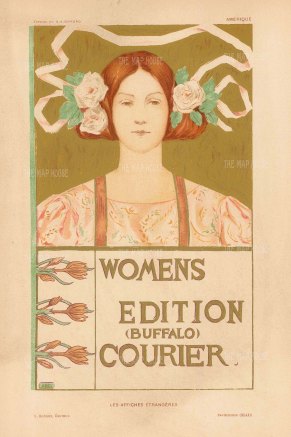 Buffalo Courier: Cover for the Women’s edition by the American illustrator A.R. Gifford. 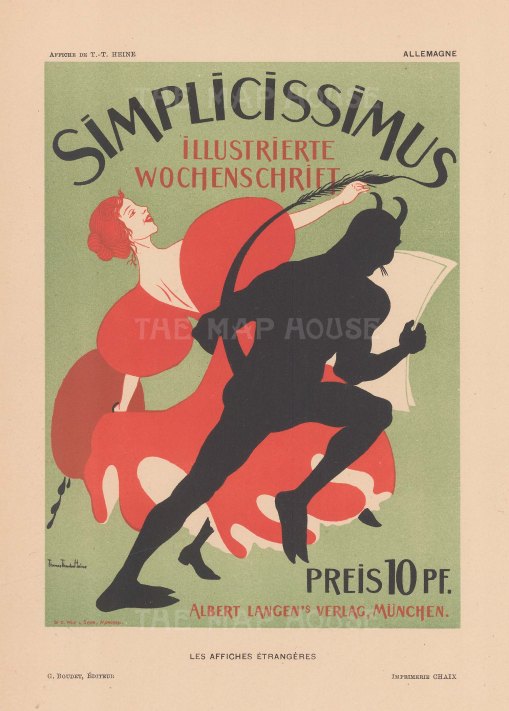 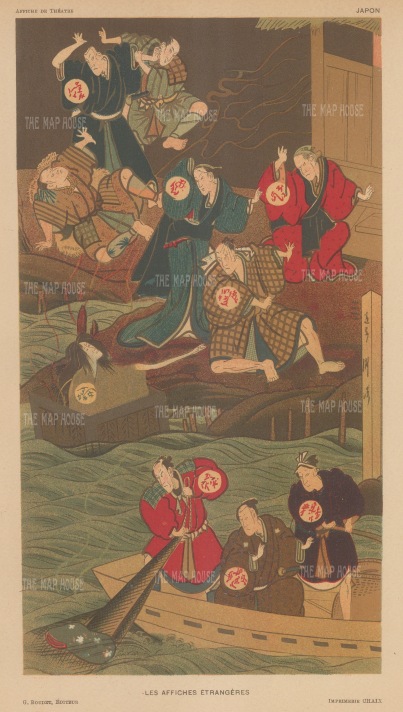 Japanese Theatre: Ukiyo-e advertisement for Kubuki Theatre.Treasures in the waters. 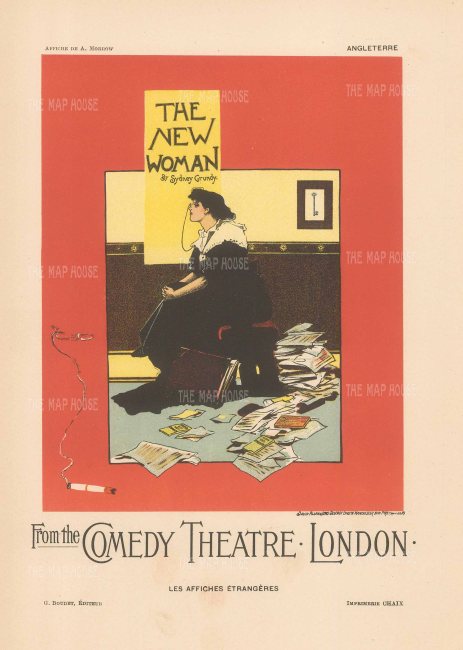 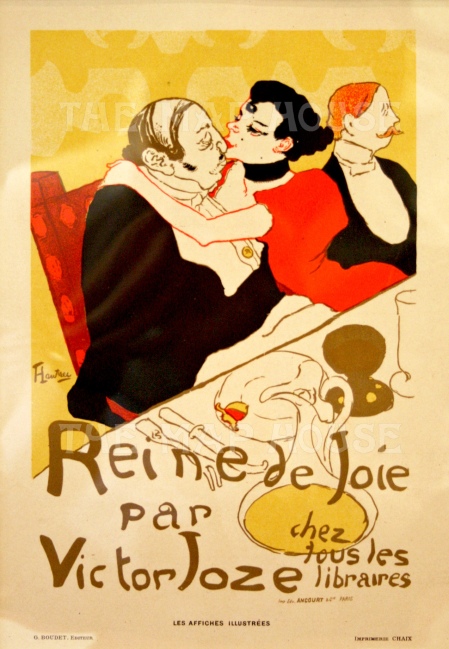 After Tolouse-Lautrec: Depicting a scene from the Viktor Jose novel with the courtesan Alice Lamy, Baron de Rozenfeld and Lord Bath in the Cafe Anglais. 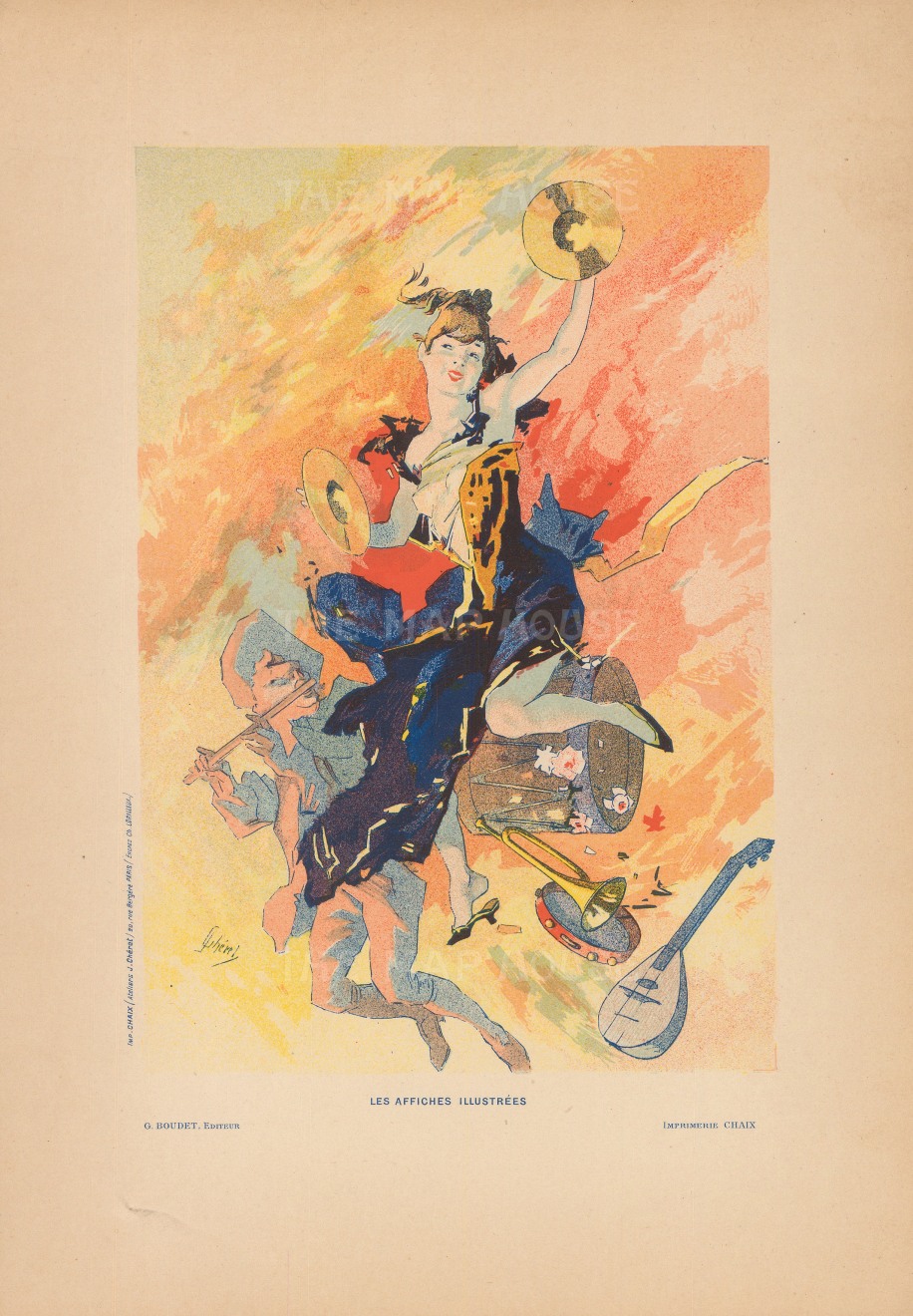 Music: Part of the ‘Four Arts’ experimental series by Cheret.