Specialising in printed material means that we need to know just how pieces in our collection were made. With engravings from the 15th century to the 20th century, our collection covers a wide range of material, each of which has a distinct method of printing involved in its creation. Please see a brief description below of the main printing methods used to create some of our stunning engravings.

Wood Cut – This is one of the oldest and most rudimentary methods of printing. It is a form of relief printing, whereby an image is made by cutting into the surface of the wood block across the grain with a knife or blade. The ink is then applied to the raised part of the image, whilst the carved hollows of the wood remain free from the printer’s ink. 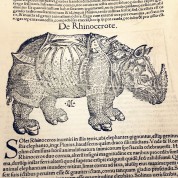 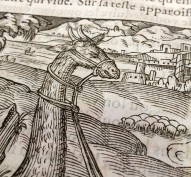 Copper Engraving – This method of intaglio print-making is one of the most laborious forms of printing, but is well-regarded for its quality. The surface of the copper plate was often covered with a coating of wax, which served to repel the ink from the plate. Lines were etched onto the surface of a copper plate using a burin – a tool used to make fine incisions on the surface of the metal. The image was engraved in mirror image, so when printed the final engraving would appear the right way round. Once the image was complete, ink was applied, which would seep into the fine lines created, and the plate would have been wiped down to remove any excess. The copperplate would have then been applied to moistened paper and put under the printing press. 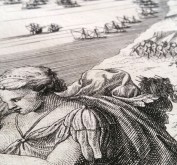 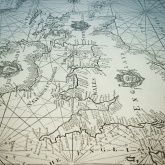 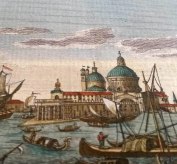 Steel Engraving – Steel engravings are produced in a manner similar to that of the copper engraving. This method was developed in the latter half of the 18th century, and is renowned for the crispness of line, and clarity of engraving that it produces. This method of engraving was predominantly used for book illustrations as it can render fine detail on even a very small scale.

Wood Engraving – Unlike the woodcut, a wood engraving can produce a far more detailed image. It is made by using a burin to cut into the end-grain of a block of wood. The durable nature of the wood means that the plate does not degrade as rapidly as other plates and so was used to produce engravings for periodicals such as the Illustrated London News. 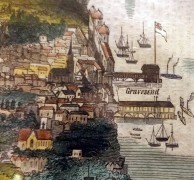 Aquatint – This method of intaglio printmaking was commonly used to replicate watercolours, as it allowed for a soft, and tonal effect. An aquatint etching requires an acid-resistant powdered rosin – a  resin – which was brushed on and baked until set. It could then be scratched to create tonal effects on a plate with existing plate-marks, which would add to the depth of the final print. Acid is then applied which bites around the dusting of rosin, creating a soft but tonal effect. 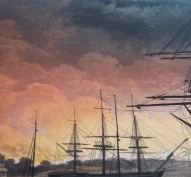 Lithograph- Lithography is a chemical-based printing process which differs from both intaglio and relief methods. Originally invented in the late 18th century, the lithograph originally used stone as the basis for printing plates, hence the name derived from ‘lithos’, the Greek word for stone. Lithography entails drawing an image onto a stone plate using an oil or wax-based medium (such as crayon). The stone is permeated with a weak solution of gum arabic and nitric acid, and the wax is wiped off to leave an image which repels the acid but accepts ink for printing. 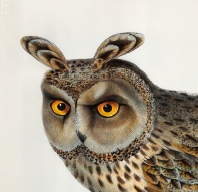 Chromo-lithograph – The first successful colour-printing method. Chromolithography uses a series of stone plates for each ‘block’ of colour in a finished image, each of which must be applied in succession using a wax-based colour as in a lithograph. A piece of paper is passed through the printing press as many times as there are colours in the finished design, and colours can be built up in layers to produce tonal effects. 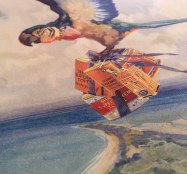